any of you might wonder on how to make SKRIPSI PENDIDIKAN UNIROW (Cara Membuat Contoh Skripsi Pendidikan UNIROW). in this blog, there are step by steps on how to create a Thesis or Essay. Read “CONTOH SKRIPSI PENDIDIKAN  UNIROW” below to start learning about SKRIPSI. this is only an example on how you will make your essay, thesis or SKRIPSI. credit goes to MOCHAMMAD RIFA’I from UNIROW. 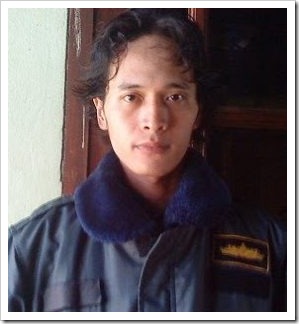 A language is also a social human life which is concerned presenting preserving patterns of relationship among individuals, such as marriage, friendship relation, law, and customs. English is an international language, which is an important part of human life to communication. It is demanded not only in the life of the students but also used in commerce, technology, politics, science, tourism around the world and in various of occupation in Indonesia. English as a foreign language in Indonesia has been taught from junior high until university. Even, in elementary school is taught English even tough still in local content. English is different from Indonesian language, it has its own particular or characteristic and it is natural if we find many problems in learning it. Students’ errors in learning and using English as a second language have been a cause of concern to language and researchers, how to account them, how to anticipate and how to deal with them (Croft, 1980 : 85). Although we find problems or mistakes in learning English, it is not the reason for us to shop learning it. We must believe that there is a way to overcome our problem in learning English. In studying English, the learners are demanded to have ability in communication or speaking. Beside that, they must have other ability. They are reading, listening, and also writing. In this study, the writer talks about writing composites only. Through this study, the teacher will know how far students have mastered the language which has been learned especially in their skill. Writing is a complex task, which makes us think from opinion for making responses, to generate through topic into written words. So that we must have a lot of practice and should have as much as possible vocabularies in order to write composition well. every normal individuals given a certain level of development, has ability to write. But this potential depends competence and maturation of several system, cannot become because effective except by learning. Structure is a component of language which has in important function in mastering English language. It is an instrument of writing so that to get writing skill structure is a main factor. Sometime, students want to write in English but they don’t know the correct structure, and then they feel uncomfortable in writing them or to make a composition. In the structure or grammatical rules, there is also using of the web “Be”. In using the verb “Be” we must be accurate because if we don’t be accurate we will get wrong to use it. And it is usually done by students. They usually get wrong in using the verb “Be” on their composition. Therefore, in learning English one must learn the grammar especially the verb “Be”. To know the grammar also means to know how to use language appropriately is considered the fundamental element learning English. And in this study particularly about the using of the verb “Be” appropriately. there is no doubt that knowledge implicit or explicit grammatical rules in essential for the mastery a language. He can not use English when ever we speak/write English to understand someone else’s speech/writing. So that, the writer in this study derided to use a composition test in order to know whether students have mastered the language or not. She decides to use composition test in order to know how far the students of UNIROW (UNIVERSITAS RONGGOLAWE) mastering the English structure, especially on using the verb “Be”. By knowing the difficulties, the writer hopefully finds ways to help them and considering whether the previous materials method used by their teacher has been already suitable or not. And to anticipate the students’ errors on using the verb “Be”, the researcher give more explanation to the students of UNIROW (UNIVERSITAS RONGGOLAWE)before. Especially she gives examples of composition with another topic which is different with their composition next. Based on the reason written above, structure is one of the basic aspect for foreign language acquisition which includes the using the verb “Be” which be mastered by the students as a second language learners. Therefore, the writer chooses the topic concerning with the errors of using the verb “Be” made by the students in their composition. In conclusion, the researcher takes the title “ERROR ANALYSIS ON THE USE OF THE VERB “Be” IN THE COMPOTITION WRITTEN BY STUDENTS FROM  UNIROW (UNIVERSITAS RONGGOLAWE)” for this SKRIPSI.

As a summary, to create a SKRIPSI, the first things to do are:
create CHAPTER 1. In this chapter, there are many sub chapter such as:
creating Chapter 1 is started by writing a Background of the study which is available at the beginning of this post (about UNIROW). by reading the example above, any material from this site is not to be copy pasted in any of forms. it is written here just to give a brief explanation on what to write in Background of the Study. after creating a Background of the Study, the next things to create is STATEMENT of the Problem. to learn more about it, we will learn and discuss about it tomorrow.

Statement of the Problem Skripsi Chapter 1