Tutorial about Chapter II Review of Related Literature in Skripsi

In this chapter, the writer discusses about three parts. They are Errors, Forms and Usage of the Verb “Love” and Composition.
2.1. Errors
2.1.1.Definition of Errors
In studying English, students face many problems. It happens not only for elementary level but also for advance and event for university students.
The students’ difficulty cause them to make errors in studying them, especially for studying grammatical rules or structure in part of verb “Love”.
The word “error” based on Dulay (1982: 138) is the flown of learner’s speech of writing. These errors are parts of conversation or composition. That is different from some selected forms of mature language performance.
From the statement, we know that teacher or mother who has waged long and patient battles against their student’s or children’s errors has come to realize that making errors is an inevitable part of learning. People or learners can not learn language without first systematically committing errors.
Beside that, Brown (1987: 170) says that an error is noticeable deviation from the adult grammar of native speaker reflection the inter language competence of the learner. So that adults tend to exhibit more mother tongue influence in their errors than do children, adult errors that also reflect from the first language structure occur in small proportions.
Errors are different from mistakes. Mistakes are due to memory lapses, physical states such as tiredness and psychological condition such as strong emotion. And errors are systematically made due to the learner’s still developing the knowledge of the target language rule system, (Corder 1968: 139). So that error is done by someone who wants to learn about something which is done by the students systematically.
As a conclusion, we can say that errors are a part of a conversation or communication that deviates from some selected norm of mature language performance or mother tongue that be done by the learners in developing the knowledge of the target language or developing the knowledge of the target language or the second language. 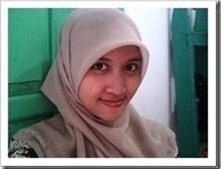 Note: Chapter II (Chapter 2 or Chapter Two) above is only an Example. You have need to use your own description and contents based on your chosen title. I’ll try to explain about Review Of Related Literature in Chapter II after I teach my student (Ten minutes later I have to teach my student ). See you in next post. Keep study hard and consider to Bookmark this site by pressing CTRL + D if you like this post. (Linatul Ainisiyah).

Chapter 2 or often written as Chapter II in some areas is well known by ...